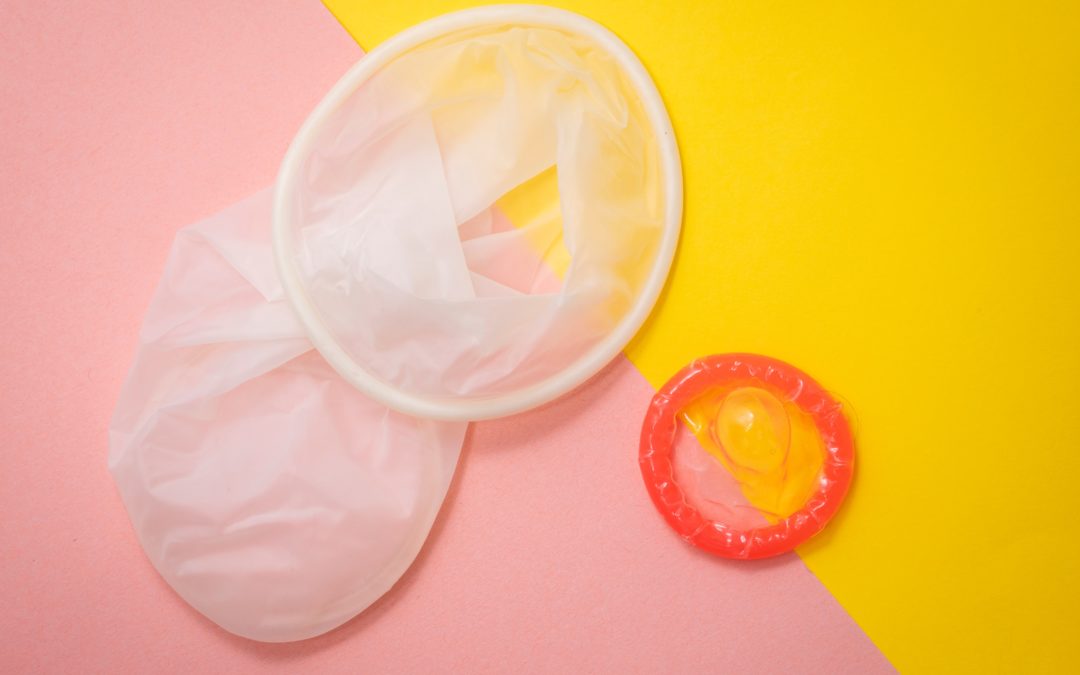 When looking up information about sex and condoms it can be hard to know what is true, and what is just an urban legend. In honor of National Condom Week, we put on our Mythbusters hats and debunked some condom myths.

FACT: Using the right size condom is important! If the condom you are using is too large it can slip off, and if it is too small it can break during sex. If you are struggling to figure out what size you need we recommend this fit finder quiz from My One Condom.

FACT:  If using a condom hurts, pay attention to the ingredients, the amount of lube you are using, and how the condom fits. There are a lot of options, so take some time to talk with your partners and find what you both like!

Condom Myth #3: Two is better than one

Condom Myth #5: I don’t need to use lube

FACT: Using lube can prevent condom breakage, increase pleasure, and decrease discomfort. So while it isn’t required we highly recommend it. Pro-tip avoid using oil-based lubes with latex condoms, it can cause them to break, and we wouldn’t want that to happen.

Do you have any questions about condoms, lube, healthy sex?

You can call us at (515) 248-1595 or ask a prevention specialist at a free and confidential HIV/STI testing appointment.